The Greater Baltimore Medical Center Orthopedic Specialist of Maryland Suite was a collaborative team effort among JBC, CRGA and all subcontractors who made the final project a huge success. In 2019, the project was recognized by ABC Greater Baltimore with an Excellence in Construction Award. 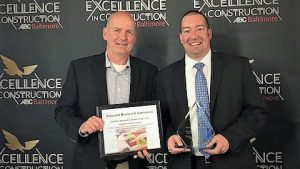 JBC was contracted in 2017 by GBMC to create a new suite for the Orthopedic Specialists of Maryland within a medical office building on their medical campus. The suite included exam rooms, office spaces, a lobby and an X-Ray room where an existing x-ray machine was reinstalled. In addition to new finishes, the HVAC system was upgraded, and the electrical and plumbing systems were re-worked to accommodate the space’s new layout.

Team members Paul F., Nick M., and Greg R. oversaw this project and ensured the space was turned over in time. We caught up with Paul to get some more details about the project!

What did you enjoy about the project?

“The thing I enjoyed most on the GBMC Orthopedic Project was the ‘team’ approach and effort. The PM for GBMC, the design team, JBC, and the subcontractors all worked very well together to overcome problems as efficiently as possible to complete the suite on a very tight timeline. This demonstrated the true value in teamwork to achieve a great result. It also makes the work more enjoyable when everyone is working collaboratively.”
What was JBC’s main goal for the project?
“From JBC’s standpoint, one of the main goals of the project was to impress GBMC, and to continue developing a relationship with them for potential future projects. We enjoy working on their campus, and it was great being back for the creation of this new suite. When looking at the project goals, we wanted to ensure that not only was work completed punctually to honor the timeline, but also to ensure a welcoming, fresh space was ready to greet patients from the second they walk through the doors of the suite.”
In your opinion, what contributed to this project being recognized by ABC Greater Baltimore?
“An exciting outcome of this project for the JBC team was winning an Excellence in Construction Award, which was in large part due to how pleased GBMC was with the way the project was managed and ultimately delivered. The project schedule from the start was extremely aggressive. We planned the schedule accordingly, adding double shifts, and weekend work where it made the most sense to do so. This timeline wouldn’t have been possible without the entire team working through problems to quickly determine solutions that helped us reach the goal.” 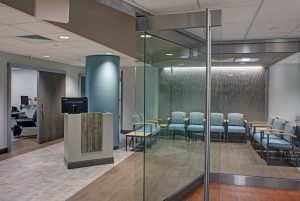 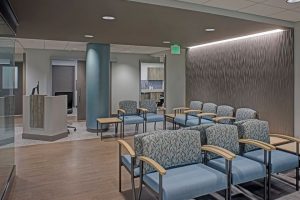 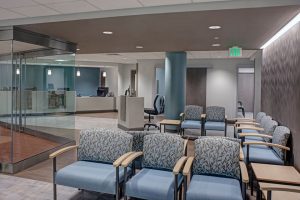 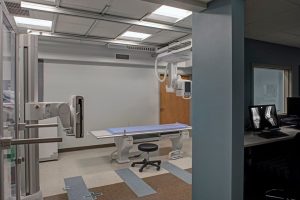 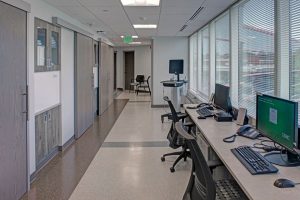 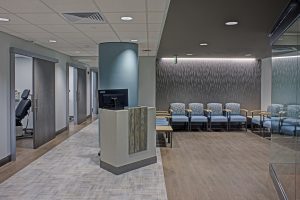 Keep up with all that’s happening with our team by visiting our News page here and following us on Facebook, LinkedIn, and Instagram.